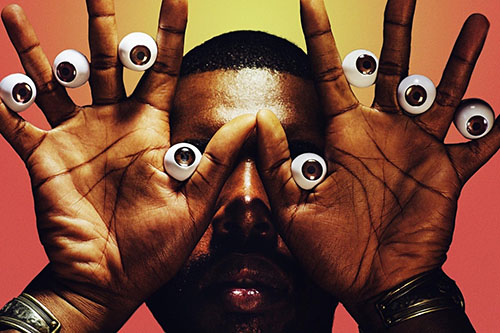 Take a sweeping musical score, drain it of all its blood, throw in some weedy guitars and what have you got?

Queen. That's what you've got.

I've never had much time for the prancing operatic rockers Queen. Yeah, I had moments of liking them when Wayne's World and Shaun Of The Dead came out. I'm also quite taken with the Freddie Mercury doll action shots by Toyko tweeter @suekichiii.

And okay, yes, the new Flying Lotus track Night Grows Pale features a killer Queen sample from the 1974 single White Queen (As It Began). Despite my protestations in my previous blog post about Burial rejigging an old dance track, this rework is great. Nicely done, FlyLo (pictured above).

But those are the only Queen things I like. The bit in Wayne's World where they rock out in the car, the snooker cue assault in Shaun Of The Dead, that Twitter account, and the new Flying Lotus release.

And the sample in Utah Saints' What Can You Do For Me.

And the Under Pressure riff.

But that's it. That's all the Queen I like. Honest. Have a listen to the new short but sweet FlyLo below, and beneath that get a load of his Twin Peaks theme.