Which one of these Delia Derbyshire facts is a lie? 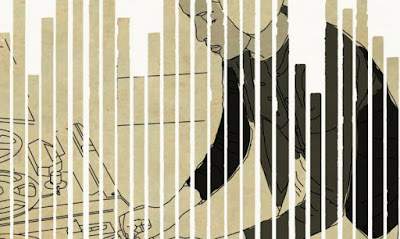 Delia Derbyshire would have been 80 yesterday. Here are half a dozen facts about Delia. Which one isn't true?

1. Like the Beatles, Delia Derbyshire was turned down by Decca Records. It seems back in those days, they didn't employ women in their recording studios.

2. Delia Derbyshire had a phenomenal analytical ear. There's a rumour that she could listen to a record and tell you exactly where any instrument was located during the recording.

4. Delia Derbyshire once took part in an electronic music concert which also featured electronic works by a certain Paul McCartney, whoever the heck he is.

5. Delia Derbyshire never got credits for her creations because the BBC had a policy of veiling the Radiophonic Workshop workers in anonymity.

6. Delia Derbyshire invented space aliens, and even now there is a race of amphibious robot mannequins who have stored her brain in a jar in the hope that one day Mecha Delia Derbyshire will rise up against humankind and, with laser eyes shooting and bazooka knees firing, rampage across a devastated earth to explode the innards of every single person who has ever (a) used, (b) heard or (c) thought about the musical production technique commonly known as "autotune". As Delia noted in her book from the distant future How I Destroyed The Universe (she also invented time travel), gilled android dummies really hate autotune. In an ironic twist, Delia Derbyshire teamed up with Davros to co-create the Daleks. These trundling pedal bins became famous for their war cry "exterminate, exterminate" using voices which were, of course, electronically autotuned. Oh Delia.

Email ThisBlogThis!Share to TwitterShare to FacebookShare to Pinterest
Read more on: delia derbyshire