The 5 best electronic music tracks of the decade so far 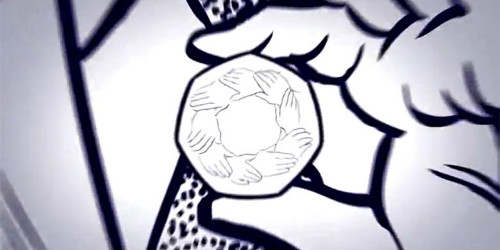 Someone had posted on Facebook asking about the best tracks of this decade so far. I always find these things impossible to answer, like choosing my favourite chocolate bar or torture instrument.

However, I plumped for five tracks. I'll probably change my mind next week, so take this with a pinch of salt. (Any brand of salt - I haven't got a favourite.) In fact, for all of these you could choose numerous other tracks. Although Brazil really is quite something.

What you're about to hear or see is:

> Luke Abbott's glorious Brazil from his 2010 album Holkham Drones. Every part of this track oozes warmth and melancholy and a kind of purple glue for which I don't know the name.

> Moderat's Bad Kingdom, a desperately melancholic 2013 single with a video that's likely to cause all kinds of seizures in parts of your body that haven't even been discovered by science.

> Clark's Winter Linn, a robust slab of techno that feels like shoving your head up a synthesiser's bum then not being able to pull it out again, despite a blind text to Uncle Kenneth who not only has experience in this kind of thing but also has an extra large plunger.

> Jon Hopkins' Collider. That breath sound. Oh my. I've seen this live a couple of times and I did everything the woman does in the video. Gyrating, snogging, being possessed by a demon, the works.

> Scud, from the Hudson Mohawke album Lantern from a couple of year back. This one feels like a little pop song, all lo-fi yet pompous. Which is good because the names of my first two children are going to be Lo-Fi and Pompous.