What's Burial's Subtemple EP all about, then? 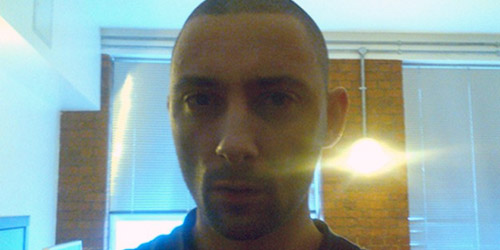 If you weren't convinced we were living in bleak times, have a listen to the sinister new sound of Burial's new Subtemple EP (below).

Throw away all that is good. Bin your belongings, tear your clothing to shreds and sell your children, Down in the Subtemple, with two tracks of extended dark ambience, there is no hope.

Subtemple itself is seven minutes of vocal shards scattered across a beatless wasteland, micro mechanics clicking at us amid the static. Meanwhile the breathy synths of the ten-minute Beachfires slow things down even further as we succumb to a kind of slow-motion armageddon.

Burial's recent work could be seen as a bit patchy: his breakbeat remix of Goldie's Inner City Life for Record Store Day saved all the best stuff to the last couple of minutes, while his ravey white label Temple Sleeper was a direct lift of Solar Quest's 1994 acid gabba track Into The Machine.

When he removes the drums, he sounds much better. The distant rhythms of November's Young Death / Nightmarket EP were gloriously sparse, and were a brilliant precursor to Subtemple - no apparent audio relation to Temple Sleeper - which really does cast us out into the neverending vacuum of space.

A beatless Burial shouldn't work. The joy of Will Bevan's work is the glitchiness of his loops because of his refusal to quantize his drums (i.e. he won't use the audio equivalent of spellcheck). But this is a sound of an artist developing something new. No drums? No problem.

It's approaching a decade since Burial's last studio album. Can you imagine if he dropped a long-player of static-scrubbed minimalist ambience; a devastated Eno for a new generation?

We would all instantly die as everything good crumbled around us, but at least we'd die happy.