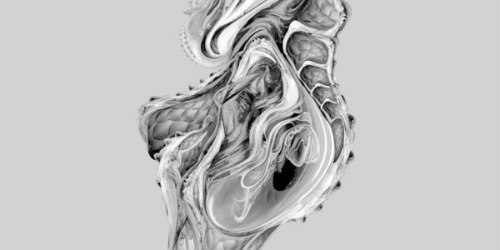 Oh my pants, Bola's back.

Bola's debut album Soup came out around the same time as Boards Of Canada's Music Has The Right To Children, and I would spin from one to the other like some kind of techno mother trying to choose her favourite child.

Darrell 'Bola' Fitton also had a hand in Autechre's Incunabula and the Gescom project. About a decade ago, after releasing a properly decent fourth album called Kroungrine, Bola disappeared. Piff paff poof, in a burst of smoke, he vanished.

By the way, it took me about two years to realise his debut album was a pun. And it's taken me until now to realise his follow-up albums were also puns. Look:

Yeah, it got a bit tenuous there.

On first hearing, there's plenty of chunky techno warmth on new album D.E.G.., with all the signature digital growls and spun-out ambience. The slow motion electro loops of Avantual are already nestled under my skin. Have a listen yourself on Boomkat. Or just hit play below to hear the first part of a triptych dominating the second half of the album.

I'm going to enjoy this one. A great Manchester musician making a welcome return. Eee, Bola.

Further Fats: My greatest idea once more crumbles to dust like a great big crumbly bit of dust (2010)

Further Fats: There goes the hear: Manchester has enough gigs (2011)