Why did the Fat Roland cross the road? 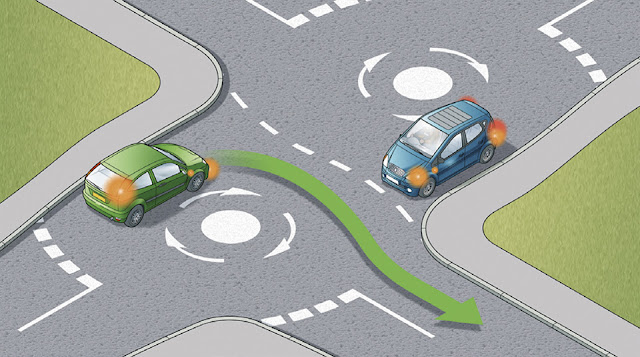 Here's a thing that happened on a Lake District street the other day.

I'm in Kendal and I need to cross a road. It's a busy road next to a complicated mini roundabout. I'm laden with bags. I see a gap in the traffic and I begin to step into the road.

A man holding a cup of tea interrupts me.

"You've got to be quick to cross this road," he says, smugly.

"Quicker than that. You just missed a gap. And another one."

"See, like this!" says the man who then, tea in hand, crosses the road. He looks at me proudly from the other side.

I want to tell him I'm from Manchester, I'm okay with busy roads, mate. But I'm too busy trying to weigh up what's happening, which is:

A smug man has stopped me crossing the road to tell me how to cross the road.

But that's not the end of the story. Oh no. Mr Crossy Tea Nob hasn't finished with me.

He then says "And now, backwards!" and proceeds to CROSS THE ROAD BACKWARDS.

He looks so proud of himself.

To be fair, he didn't spill a drop of tea. And I did cross the road safely... but only once he'd walked out of sight.