A very Roland-y night out 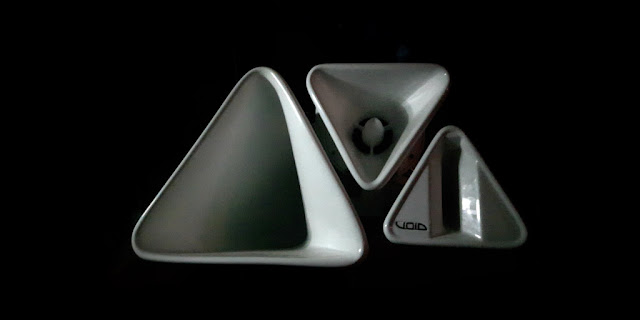 I invented some new dance moves last night. This is a list of those dance moves.

Why the dancing? I went to the tenth anniversary of the I Love Acid club night. The venue was Hidden, a no-frills warehouse tucked along the banks of the River Irwell. It was a great space with a nicely uncommercial feel. They had triangular speakers (pictured). Star of the night for me was joyful acid-twiddler Ceephax, But Luke Vibert was pretty flipping acid-tastic too.

The strangest moment of the night came when I read about the death of Ikutaro Kakehashi. He's the chap who founded the synthesiser company Roland, whose TB-303 unit makes the acid sound techno-heads like me adore. As I read the news on my phone, 303 squelches burst from the speakers and there was a guy next to me wearing a Roland TB-303 brand t-shirt. RIP Ikutaro Kakehashi - without you, I'd just be Fat.

All this came after a trip to the brilliant ARC in Stockton-on-Tees at which I performed a set of cartoon idiocy. Some people on the line-up did proper dancing. There were a load of theatre and venue professionals in the audience - they even gave feedback, which is a pretty flipping rare thing to receive. Thanks to Arcade Platform for letting me be part of that.

So exciting to see new work in progress by the extraordinary @LucaRutherford & hilariously surreal @FatRoland at @arcstockton what a day! X
— paula varjack (@paulavarjack) April 1, 2017

What a day. I'm off to perfect my Mancunian Twitch. Hopefully this time I won't have someone's eye out.