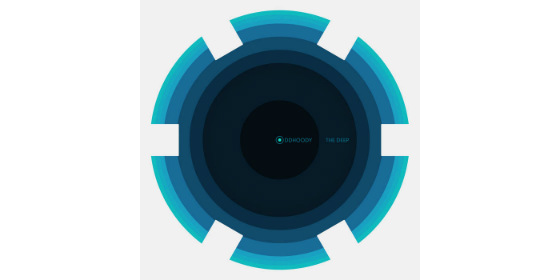 Here's a moody little electro number that snarls and snaps at your ankles like a little doggie, but a doggie made of music and not fur.

Stream Delusionengine below. It comes from Oddhoody, an electronic music twiddler called James Baker who also records as the colourfully-named Implosion Quintet. I have absolutely no idea why Oddhoody is called Oddhoody. I can only presume he fashions his clothing from non-standard materials such as beer mats, wallpaper, iron filings and rivers.

This is from the new EP The Deep, out on Electronic Tapes. That label's 2016 output is worth checking out, which you can see on this web page right here. In that link, you'll find noises that will make your ears fall off, but also some nice sounds that sellotape them back on again.

Further Fats: Some dogs are better than others (2012)