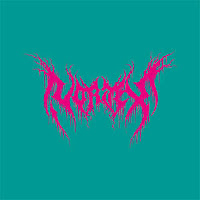 In 2019, Special Request released a billion albums. He fired them at our faces like a tennis ball cannon. There were albums everywhere: on the floor, down our trousers, down the back of the sofa, down the plug hole. Someone get me a plunger: SR's fired out another one.

In October, he released the galactic r'n'b of Offworld, and a stonker it was too. In June, he gave us the brilliant Bedroom Tapes, taken from old cassettes he found in a house move. But since I'm only allowing him one album, it's May's storming Vortex that makes the list.

Vortex is a speed-fuelled hymn to BPM: the breakbeats trip over each other to see who can get to the finish line fastest. You think things are hectic, but then tracks like Fett and (deep breath) A Gargantuan Melting Face Floating Effortlessly Through The Stratosphere join the speedway and kick everything else to the hard shoulder.

There's a line to be drawn from peak smash 'n' grab 1990s Prodigy to Special Request's wonderfully futuristic visions. Vortex will leave you gasping — but don't gasp too much or he'll fire another album at your gob.

(While this blog post was hovering in my drafts, Special Request dropped the fourth of his promised 2019 albums. Too late for consideration here, but click here to have a listen: the title perfectly summarises his balls-out attitude to music production this year.)