Best electronic albums of 2017: a jumble of jungle 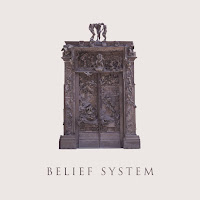 I know, I know, you just want me to crack on with the top 20. However, I have loads of other albums to tell you about. Here are some albums that didn't make the list, and on each one, the jungle is still massive.

Special Request has torn up dancefloors before now, but for Belief System (Houndstooth) he mended the dancefloor and turned the club into a Burial-inspired chill-out room. Goldie dropped The Journey Man (Metalheadz), a double-album which may have been better as a single blistering ten-track album. And while we're on a junglist tip, I liked the stampeding sonics of Ninos Du Brasil's Vida Eterna (Hospital Productions).

More jungle. If you get the chance, track down the clinical minimalism of Overlook's Smoke Signals (UVB-76 Music), the austere moviedome breaks of Pessimist's Pessimist (Blackest Ever Black) or the delightful collaboration of Jamaica's Gavin Blair and Jordan Chung for Equiknoxx's Colón Man (DDS), an album which takes a true delight in dancehall sounds.

And finally, on a more grime tip, and only included here because I couldn't find anywhere else to put it, Lunice finally released his debut album. CCCLX (LuckyMe) had hip hop bangers and bass music aplenty.