Why Lukid's Foma is the first essential electronica album of 2009 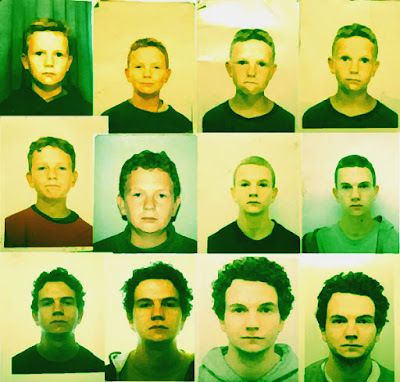 January's most overlooked piece of plastic also happens to be more essential than oxygen, water and Alan Partridge repeats on the inexplicably-acronymed telly station G.O.L.D.

Lukid (pictured above) released his Foma album in the last few weeks to barely a whisper of applause.  It is an SBD.  Silent But Delightful.

It's a big slugful of hip hop sensibility, salted down to a mere shrivel of its former self, with slight rhythms and paper-thin synths belying a depth akin to the likes of Autechre.

Foma, the follow-up to his debut album Onandon a couple of years ago, sounds like a house of cards falling down.  Slowly.  It's a football match played by ghosts.  It's Flying Lotus smoking a massive doobie.  It sounds a little... woozy.

When the beats are more substantial, such as on tracks Veto and Sky Fly (but even then, they gasp and trip), it could become the engine of a new scene of baggy-beats driven by Dabrye and powered into the future by Hudson Mohawke.

But when it is sensual and dreamlike, glitchy and inviting, it sits firmly in the vein of classic IDM electronica.

For both those reasons, Lukid's Foma LP is the first essential electronica album of 2009.  Listen to it then buy it at Boomkat.

Hot off the press: Warp Records are giving away free, without obligation, sans engagement, uden forpligtelse, the track Illegal Dustbin from Squarepusher's new Numbers Lucent EP.  It's the fiercest and best track on the EP.  All you have to do is give them your email address.

Nice, nice! Will track down asap then - thanks!

Glad to be of service. *bows*