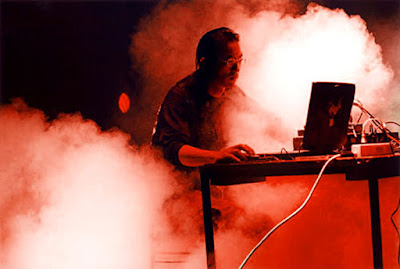 In honour of Merzbow's 13 Japanese Birds project, in which the seminal Japanese noise experimentalist will release 13 records in 13 months inspired by Olivier Messiaen's birdsong music, here is a list of 13 bird-related facts you should definitely know about Merzbow mainman Masami Akita.

Bird fact one.  Masami Akita shares his surname with a prefecture of Japan in which three swans died from bird flu.

Bird fact two.  Akita founded Merzbow in 1979, just three years after the Atlas Of Breeding Birds In Britain And Ireland was published.

Bird fact three.  Some birds, such as the whip-poor-will, are good at camouflage. 'Camouflage' is the name of yet another album by Merzbow, out this month.  A special edition of this album is in the shape of a seabed and is limited to just 149 copies.

Bird fact four.  Akita is from Tokyo, which is in a place called Japan.  The Royal Society for the Protection of Birds was founded in Didsbury, which is very much not seen as the 'Tokyo of Manchester'.

Bird fact five.  You can listen to Merzbow's Woodpecker No 2 on Last FM.  It pretty much sounds like a lot of his other stuff.

Bird fact seven.  While in Akita's home country of Japan, TV-presenter and planet-killer Jeremy Clarkson tricked the country's speed cameras by shielding his face with a mask of ornithologist Bill Oddie.

Bird fact eight.  Merzbow is named after the work of Kurt Schwitters, who once made adverts for pen makers Pelikan.  (I wanted so much to type 'penguin makers' just then.)

Bird fact nine.  The bird with the most feathers is the Tundra Swan.  Max Tundra is an electronic musician, as is Merzbow.

Bird fact eleven.  Akita is into bondage.  There is a bird called the red knot.  There may be a connection there, I'm not sure.

Bird fact twelve.  A cassette compilation called Massaconfvsa, featuring Merzbow's track Everywhere It's Machine (Grid Module 3), was released in 1988 on O Crow Records.  It seems to be the only thing O Crow has ever released.

Bird fact thirteen.  If you're baffled by Japanese noise music, read Paul Hegarty's Noise Music: A History, which has a whole chapter on Merzbow.  Birds do not read books, as a general rule of thumb.

i want to go and see max tundra at the deaf institute.

So do I - I keep meaning to buy tickets. We should get a posse together. We'd be a mean posse, with handkechiefs sticking out of our pockets.

Ah cool facts that I did not know about Merzbow OR birds.

There are even more Merzbow / bird (Merzbird?!) facts inspired by this very article on the We Are The Music Makers forum:

Who knows where to download XRumer 5.0 Palladium?
Help, please. All recommend this program to effectively advertise on the Internet, this is the best program!

No, anonymous. The Wire is the best programme; haven't you been reading Charlie Brooker?