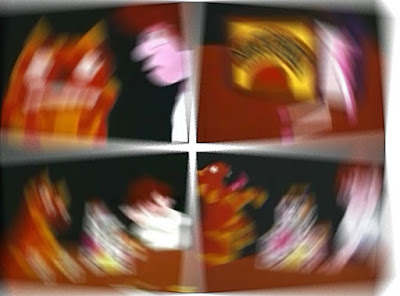 In the 1970s, thousands of children were killed or maimed on Britain's roads. A cutesy animated kid and his cat warned us to take more care. The Prodigy turned this innocent bairn into a drug-hoovering club gibbon with debut hit Charly. Rave was born, and Kenny Everett, who voiced the cat, died of shock.

While Sesame Street and Trumpton birthed kids 'n' drugs anthems photocopied from the Charly original, the Prodigy retreated into the studio to record an album. Experience was a crap name, and the music, although iconic, became a joke in grunge-obsessed Britain. Still, they proved techno bands could turn out a decent album.

Experience was beaten to the Mercury Music Prize by Manchester band M People: the repercussions of this were felt 15 years later when the B Of The Bang sculpture fell apart. Alex Garland, who designed the Experience's cover, went on to write the screenplay for 28 Days Later in which Manchester was burnt to the ground. M People have won nothing since.

On mid-90s follow-up Music for the Jilted Generation, the Prodge sidled up to sweaty crusties Pop Will Eat Itself to stamp their feet against the Criminal Justice Bill. So many voodoo people bought this album, they became the same establishment they so hated. They goaded people with "the poison" and "the remedy" simultaneously, which seems like a pretty toothless threat to me.

After D:Ream won the election for "New" Labour, the Prodigy did wonders for the sale of Stella with abuse anthem Smack My Bitch Up. The video for this single used lesbianism in a way that only Katy Perry could wish for.  Parent album The Fat Of The Land turned band member Keith into a spiky-haired firestarting freak. It was quite the in-thing to be "psychosomatic addict insane". Fat Of The Land was the sixth most successful LP of 1997 in the UK, sandwiched between Celine Dion and the Spice Girls. There are so many potential jokes here, but I'm ignoring every one of 'em.

Things
Between 1997 and 2008, the Prodge did quite a lot of things that precisely nobody cares about.

So there it is. All you need to know about the Prodigy. They have come a long way since what is offically known as their 'Kenny Everett phase'. The dear old Prodders have returned with an album of nuanced ballads called Invaders Must Die. Like a flesh-eating disease, it has grown on me, and I fear I was a little harsh in my review last week.

If this scant biography was too long for you to read, settle for this even briefer biog posted by a friend on my Facebook page:

"Band formed, did stuff, went away, did more stuff a bit later. Shouted a lot."