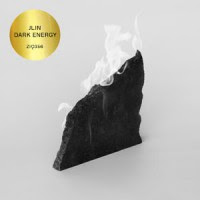 Jlin's Dark Energy is a strange beast. So is most modern footwork. Expect staccato drum sequences and plenty of drilling repetition and

Fellow footworker RP Boo often goes for sonic power with his vocal iterations, but there’s something different at work here. Listen to the brooding scrapes of Ra, the alarmed intensity of Expand or the brilliant and almost adolescent refrain on Guantanamo of “you don’t wanna hurt anyone... but I do, and I’m sorry”. This would be an exercise in clinical cut-and-paste, but Jlin manages to make footwork sound human, albeit in a way that is brusque and as moody as hell.

“Who do you think you’re talking to?” shouts Abnormal Restriction, the final track on Jlin’s debut for Planet Mu.  Somewhere amid the Eastern woodpecker calls on Unknown Tongues or the micro squeak refrain on Black Diamond that would normally have you sending off your Nintendo for repair, a realisation dawns: this is the most appropriately-titled album in this year's top ten. And what energy.