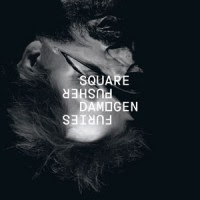 And so Four-Sides, as I like to call him, has given Damogen Furies a live feel: I read somewhere these tracks were produced in single takes. This frees him from his slap bass noodling and instead gives us an on-the-button collection of digital mayhem.

There are crowd-pleasing tunes – the Hudmo-style bombast of Baltang Arg, the sad earworm of Stor Eiglass, the compressed-to-heck melody of Rayc Fire 2 – but most of Damogen Furies treads an angry line between repressed brutality and armchair listening.

I guess, because of his recording process, there’s less befuddling eccentricity (compare this work to, say, 2008’s A Real Woman), which is a shame, but it’s still one of his most likeable albums of recent years.