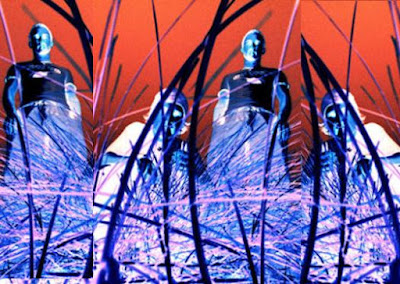 Comedians don't normally break massive news stories about electronic music, but it was Peter Serafinowicz that mentioned a possible new album from Boards Of Canada.

The rubber-voiced comic has a long history of Boards love, and once took the band to the next level, Dr Dre style. But was he right about his claim on a BBC radio show that the duo may well have a double album coming out soon?

That was the single-word response from Boards Of Canada on Monday when questioned about a new album on their Facebook page.

As simple and as quick as that. Hundreds of 'likes' later, and Boards have achieved the briefest and most effective marketing campaign ever. It will be their first new album since The Campfire Headphase a million years ago. You'll know that album because you would have seen that awesomeballs skydiving video for Dayvan Cowboy. (Edit: See this update on the new album here.)

It's a shame the conversation didn't continue. We would have learned bucketloads...


"Will you embed in the music a complex spectral analysis map of your favourite toothpaste brands?"

"Will Jesus, the actual Jesus, guest star on the album on the bongos / trumpet / tubular bells?"

"As a result of this album's success, will you become judges on X Factor?"

"Will you become judges on X Factor with the specific purpose of bludgeoning everyone on that programme with a blunt stoat and unleashing a computer virus so eye-wateringly harsh, all digital, physical and anecdotal evidence that X Factor ever existed will be annihilated until the end of time?"

"Will that affect the text in this blog post?"

Got to love Boards Of Canada.

(Edit: See this update on the new album here.)

Email ThisBlogThis!Share to TwitterShare to FacebookShare to Pinterest
Read more on: boards of canada