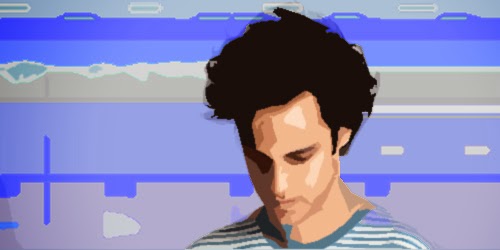 If your laptop is loaded with Ableton or Garageband, the musician’s concept of being “in the studio” is a nonsense. The studio follows you around like a randy dog, constantly rubbing its icon in your face every time you log on.

Which is why Kieran Hebden, known better as Four Tet, seems to be in a corner of his living room in this ten-minute beat challenge (video below). I’m half expecting a hoover to appear screen-right at any moment.

In this challenge, he has to create a passable beat against the clock. He needles his way through fragments of Thriller on a record player he seems to have stolen off a child, then slices and filters the results to create Four Tet’s knife-sharp house music motif.

Here’s the video. I’ll spew out some thoughts beneath.

1. Although he finds some super sweet sounds, he’s right when he says that lead motif is too much. It’s still better than anything I could do. Obviously. Because he’s mother-flumping Four Tet.

4. With such clipped samples, it’s a reminder to all music makers that less is more.

5. Spooling through vinyl like that is an honourable way to make music, as this brilliant documentary on the Amen break will show.

6. Why would you hoover a wooden floor? Stupid Fats.