Best electronic albums of 2016: one 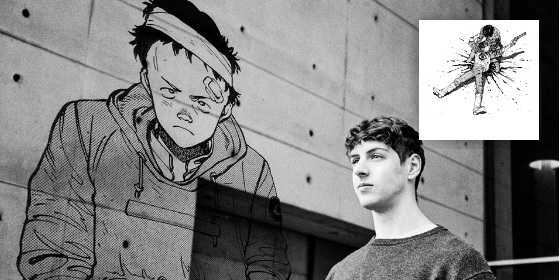 Thanks for reading this albums list, if indeed you've been following it so far. I guess I now know what the week after Christmas is for. Four days of solid blogging. And it's all been leading to this: the best electronic album of 2016 according to me.

"What the hell is this?" this album asks of itself 1 minute 32 seconds into The Colonel's Mistake, The Scientist's Regret.

It's a remix. Of a soundtrack. Of a manga classic. At number one.

Why would you use a cheesy English dub of Katsuhiro Otomo's Akira movie for your remix album? Because awkward works. When the soundtrack was released on vinyl, Canadian Berliner Nathan 'Bwana' Micay shoved the whole thing through an Ableton mincer. What he produced was astonishing.

Capsule's Pride could have been a straight tribute album. A tribal Kaneda's theme set to a techno beat, perhaps. But Bwana rebuilt everything from the ground up. Things are chopped, accelerated, reverbed.

So Kaneda's theme becomes a snappy melodic pulse following its own tune. The corny "it's the cops! what shall we do?" dialogue from the bike chase scene morphs into a tense climactic moment in the addictive title track.

In one sense, this is a 1990s-infused house music album through-and-through. However, Bwana's liberal use of samples and melodic themes from an idiosyncratic source is so judiciously targeted that he builds a complete new world. A gawky world where you're never far away from someone shouting "Kaneda!" or "Ah! Ki! Ra!" to remind you where you are. It's wonderful.

This swings from ambient noir to dancefloor brilliance. I've never known the energy of manga expressed this way before. I'm not especially a fan of anime. And that's the genius of Capsule's Pride: since this was released free via a brilliant microsite (try it on your mobile), I feel I've got to know Tetsuo and his universe. I'm almost longing for World War III, dystopian governance and being ambushed by Clowns.

Thanks for reading my website this year. It's been a relaunch of sorts: follow me on Twitter for more updates. I appreciate you lending me your eyes in 2016. Sorry, you're not getting them back.

Scroll all of the best 2016 electronic albums by clicking here.

Scroll all of the best 2016 electronic albums by clicking here.