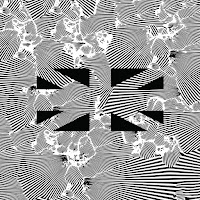 There are zillions of techno albums that didn't make my final top 20 list. Here are some also-rans that are well worth your time tracking down.

Moiré's No Future (Ghostly International) mixed some heavy bass with some deliciously scratchy sounds - this very nearly made the final 20. I like what I heard in the broken electronics of Herva's Hyper Flux (Planet Mu). Ikonika's third album Distractions (Hyperdub) impressed with her sheer invention melody, while the techno-clad earworms of Legowelt's Legendary Freaks In The Trash Of Time (Clone West Coast Series) brightened up my 2017.

Is there more? Of course there's more! I liked Dabrye's take on industrial wonkiness as Charles Manier for his album Luxus Steroid Abamita (Bopside Records), and I also liked the humming analogue bleeps from modular composer Caterina Barbieri on Patterns Of Consciousness (Important
Records). Finally, for this little section, if you want some EBM for a Detroit generation, look in on Broken English Club's The English Beach (L.I.E.S.).