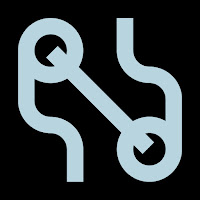 When I am dead and gone, and my ashes have been loaded into a Casio keyboard and cannoned into the heart of the sun, I'd like to think there'd be a lasting tribute to me. A statue, a bench, a catch of the day at my local fishmongers, anything really.

After we lost Rhys Celeste earlier this year, Fundamental Records took his final recording sessions and produced Microlith, named after the Maltese knob-twiddler's pseudonym. That's way better than a statue or a blue plaque or having a piece of Ikea furniture named after you. (*adds that one to the list*)

This album is really nicely done. Chattering Roland drum machines splash rhythmic colour throughout, and you're never far away from a puddle of squelchy acid. No frills here - just lashings of lo-fi and buckets of reverb. It has a similar vibe to Aphex Twin's comeback material, but warmer.

There is a down side. It looks like this is a vinyl-only release. Actually, this is good news - what a lovely tribute to the music. But it does mean not much digital traction here. Do track it down if you can.