Best electronic albums of 2017: sorry about the fake news joke 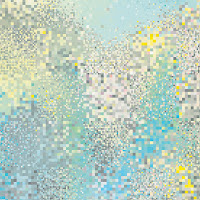 Let's pause the countdown once more. Here are some tasty techno tidbits which, although worthy of your attention, just didn't make the grade for the final top 20. Consider them as pathetic rejects, but also really brilliant albums wot you should listen to.

Just finished thowing shapes and/or having it large? Enjoy some amazing post-club non-bangers in Teengirl Fantasy's 8AM (Planet Mu). Two decades of German techno were represented on Thomas Brinkmann's Retrospektiv (Third Ear Recordings), with it all feeling like an odd basement party with
Kraftwerk. And Manchester's Modern love label pumped out some staggering, paranoid techno on Turinn's 18 1/2 Minute Gaps (Modern Love).