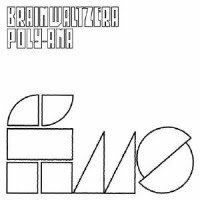 Here are some happy memories:

> The stop-motion objects moving around the beach in Aphex Twin's On.
> The blue lasers during Halcyon at a 1995 Orbital gig.
> Walking out of Cruz 101 and finding pilled-up clubbers wowing at the sky.
> Playing Autechre's Amber album in a church.
> Bossing the levels on Wipeout 2097 to the sound of We Have Explosive.

Strange how such small good memories stay with you. Poly-ana appears to be named after the Pollyanna principle, which is our brain's tendency to more accurately recall pleasurable memories rather than unpleasant ones.

This debut album from an anonymous producer plays on those memories, for this is a collection of unashamedly nostalgic IDM, albeit on a lower gas mark than usual. You'll hear echoes of Aphex's The Tuss alias, Boards of Canada and, of course, Aphex Twin himself.

Actually, to heck with the comparisons. This has been one of the biggest growers of 2017, and works equally well at snoozing-off level as it does blasted to the max. It's stirring memories, sure, but it's also got me proper excited about new music in 2017.