Best electronic albums of 2019: dub be good to you 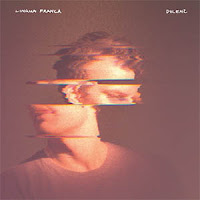 Stop right now, thank you very much, I need some longlisted albums with a slightly gloomy touch. Here are more best-of-the-rest albums that didn't make the top 20 best albums of 2019 — and this time, we're going underground: pounding techno and dubby grime.

Dolenz's brutal and brilliant Lingua Franca (Exit Records) conjured up an imaginary sci-fi movie soundtrack expressed through nasty beats and buzzing bass. East Man switched to his Basic Rhythm moniker with some grime-gloamed frowning rhythms (try saying that six times fast) with On The Threshold (Planet Mu). On Ossia's debut album Devil's Dance (Blackest Ever Black), the dubby ambience was as much about the bass as the space around the bass.

Beats not pounding enough for you? There were some big stompers on Ellen Allien's no-nonsense Alientronic (BPitch Control), while Nkisi's 7 Directions (UIQ) was all about the percussive Detroitian techno, and I'm still wonderfully haunted by the detached robotic vocals on PTU's Am I Who I Am (Trip).

Finally for this little section, there's Blanck Mass's Animated Violence Mild (Sacred Bones Records), an artist who won my number one prize back in 2015. Although a bit more on-the-nose than previous iterations, this album was perfect for blowing some cobwebs from your brain. And from your chest. And from the inner regions of your spleen. Yeesh.