How do I compile my end-of-year list? Thanks for asking! 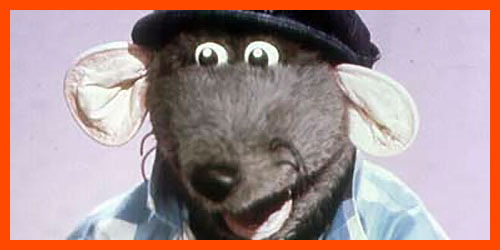 "Just how do you compile your annual Best Electronic Albums list?" people never ask me.

It sounds complicated, listening to a zillion albums and shuffling them into some sort of order. And certainly there's lots of admin and lots of writing to be done.

Actually, it's pretty easy if I follow some simple rules. Here's how I come up with my best-of-year list, posted on this blog at the end of every December.

Firstly, I have to ask myself: what is an album. What *is* an album? No, seriously, what is one? I know they tend to be round unless they're made of internet. Are they like a frisbee? Is albums made of frisbees? What is music? Why are album? Huh?

When starting my list, I scratch around the bins at the back of Fat Roland Towers. There's usually a rat chewing on a Robson & Jerome CD, which I usually take as a sign. If someone's scrawled KASABIAN 4EVA next to the bottle recycling, it's straight into my top ten.

There is a practical experiment for choosing what goes into an end-of-year list. It involves: a copy of the British Book of Hit Singles; a blindfold; a set of darts. And if the dart should choose, for example, the Bonzo Dog Doo Dah Band who haven't graced the album charts for 45 years, it's tough. The dart has spoken. They're in my list.

Twenty phone calls, tonnes of texts, sometimes scented letters. Roland Rat never answers, but one day he will give me a tip for my year-end list. In that furry brain of his, there is a bottomless well of music knowledge. For now, I just stroke his framed photo, and hope.

I listen to music. Simple, I just listen to music. Unfortunately this never works because I have replaced my ears with eggs, and eggs are notoriously bad as audio receptors. I once replaced my knees with a small mining village in the Balkans, but the neighbours complained due to the noise.

When writing your list, skip a number. No-one ever notices, and it's less work for you.

Chant this incantation: huthatha baloobie flam flam yaargle butt. Then whittle a candle into a stake and bury it in a south-westerly position. When the moon is full, run about with your clothes off. None of this helps the year-end list, but it sure does pass the time.

Go to the internet. Press control-A, or command-A if you're fancy. This will highlight the entire world wide web. Paste this into your list, making sure you choose "text only". Bang. A billion words. Somewhere in there will be the best albums of the year, a sonic record needle in a towering information haystack. You will experience a glowing satisfaction that you technically - TECHNICALLY - finished the job of end-of-year listing.

Don't bother. Wait until I write the Best Electronic Albums of 2019, due to hit this blog before the end of the year. I'm not sure of the date yet: it depends on how much chocolate I eat at Christmas and whether I get into a fight with a reindeer again.