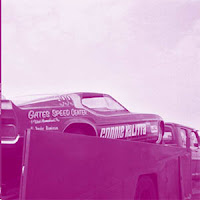 Before we start the top 20 proper, here are some best-of-the-rest works that didn't quite make my list of top electronic albums of 2019. All of the following longlisted albums can probably be filed under "experimental".

I loved the attention-deficit collage that was Madteo's Dropped Out Sunshine (DDS), which at points felt so tightly wound-up, I thought my ears were going to snap. Berlin artist Ziúr took a similar ear-bending route on ATØ (Planet Mu), an album that chewed up pop music and spat out a tasty techno fusion. This all sounds very Holly Herndon, which is good because she also had an album out this year. Proto (4AD) was superbly enchanting.

For Plastic Anniversary (Thrill Jockey), Matmos made a special edition that was "rendered virtually unplayable by the plastic floating within". The clicks and squeaks of the album itself were welcome, as was its green message. Meanwhile, Boreal Massif took on the theme of climate extinction with the trippy meditations and drony vibes of We All Have An Impact (Pessimist Productions).

Efdemin's New Atlantis (Ostgut Ton) gave us banging hippy techno leavened with dulcimers, hurdy-gurdy and a smidgeon of Francis Bacon. The multi-abstract ambience of Klein's Lifetime (ijn inc) included elements of light jazz, southern gospel and what sounded like a marching band being fed through a mincer.

33EMYBW called the electrotribal Arthropods (SVBKVLT) "limb dance” as she pushed the boundaries of the experimental Shanghai club scene. And finally for this section, I liked the playful beats of Violet's Bed of Roses (Dark Entries) — and yes, it's named after a Bon Jovi song.