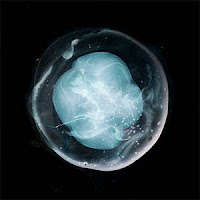 As my top ten favourite 2109 electronic music albums thunder across the internet like a pack of cows chasing an ice cream van, let's take a look at some ambient, classical-ish and pastoral albums that didn't quite make my final list.

Leading this longlist is A Winged Victory for the Sullen: the elegiac ambience of The Undivided Five (Ninja Tune) constantly reached for a perfect fifth chord: extra points for a track-title dig at Jacob Rees-Mogg. I liked what previous Fat Roland champion Clark was doing on his television theme album Kiri Variations (Throttle Records) – all a bit fancy. This year saw the joyous return of Telefon Tel Aviv with Dreams Are Not Enough (Ghostly International). Its track titles were to be read as a poem, but the true meaning came from the ever-expansive production design.

Also in my best-of-the-rest is Nils Frahm's All Melody (Erased Tapes), whose seventh studio album was classic Frahm with added trumpet. Parp! Tim Hecker gave us the rather coy Anoyo (Kranky), a brief ambient sojourn in which he was inspired, not for the first time, by Japanese gagaku music. And Nine Inch Nails keyboardist Allesandro Cortini picked up a guitar for the first time in his solo career and drowned it with spine-tingling analogue fuzziness on Volume Massimo (Mute).

The ever-reliable Bibio went back to bucolic on Ribbons (Warp), with strings so lovely I'd wear them as a vest. The fact that Panda Bear guests on Teebs' lush Anicca (Brainfeeder) tells you exactly what that album sounds like: dreamy and exquisite. And the delicate glitches of Leif's Loom Dream (Whities) made me feel like I was getting razzed on fazoomy on a glacier's edge. Whatever the heck that means.