What is the most successful "Dance" single of all time? 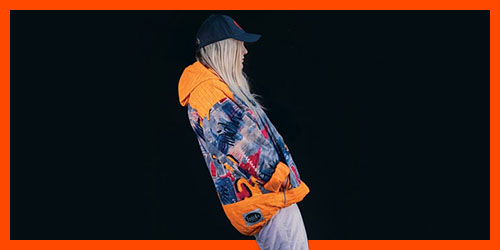 Dance Monkey by Tones And I has just clocked up its tenth week at the top of the UK singles chart. It's the longest running number one single since Ed Sheeran's all-dominating Shape Of You in 2017.

In 2016, Drake enjoyed a massive stint at number one when One Dance spent over three months in the top spot. Which makes Dance Monkey the most successful "Dance" single since One Dance.

Which raises a hugely important question. What is the most successful "Dance" single of all time? You are a lucky blog reader because I'm about to give you the answer. 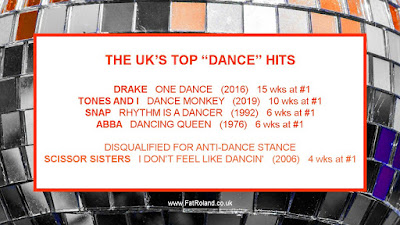 Drake does indeed have the most successful "Dance" single of all time. It locked out the top spot for 15 weeks, keeping the likes of Rihanna, Calvin Harris and Justin flipping Timberlake at number two. Drake is also the most successful duck-named pop star since Howard Donald from Take That.

There she is. Tones (pictured top) has the second most successful "Dance" single ever. We're living in classic times for singles having the word "dance" in the title. Apparently the former busker has been at number one in Australia since the dawn of time.

3. Rhythm Is A Dancer

I'm as serious as cancer when I say Snap! have the third most successful "Dance" track of all time, topping the charts for six weeks in 1992 and knocking Jimmy Nail off number one. After his phenomenal success with Snap!, square-headed rapper Turbo B went on to open a specialist cheese shop in Hull.

That wasn't true about the cheese shop. I went off the rails for a second there. I've got loads of tabs open, but not a single one about Turbo B's post-Snap! career. I should have made more of an effort to look him up, rather than make random punts about cheese, and I do apologise.

The whole thing's gone flat because of my cheese shop stupidity. I can't even make the final joke about the Scissor Sisters being "anti-dance" because they don't feel like dancing. If I made that joke now, it wouldn't work because you'd be thinking about my Turbo B lie too much. I didn't even explain anything about Abba being number four. Things have really gone off the rails.

So there we go. Now you know what the most successful "Dance" single is. You'd buy speciality cheese from him, wouldn't you? He's got that kind of face. Turbo Brie, I call him.

Further Fats: No new electronica in the singles chart, repeat to fade (2009)

Email ThisBlogThis!Share to TwitterShare to FacebookShare to Pinterest
Read more on: abba, drake, list, scissor sisters, snap, tones and i