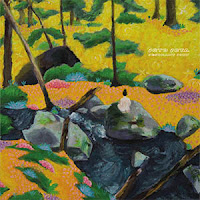 Resonant Body takes us on a trans journey, which is a bit like a bus journey only there are loads of Twitter warriors running alongside trying to cancel out your existence. It's tough enough coming out as trans, even tougher to produce an album this good.

Here we have a party album bursting with breakbeats, acidic lines, sloshy snares, buoyant bass and choppy synths. It has depth too, such as in the plunging junglism of Ecstatic Beat and the misty ambient ripples of My Body Is Powerful.

There's even a bit that reminded me of Orbital. I can't remember which bit. That's good, isn't it. Quality music journalism. I've basically just told you there's a bit that sounds like something somewhere on the album. Nice and specific.

The climax of 'Body (as it's known to its friends) is almost bizarre as the final track is overtaken by an awkward crowd chant, but it feels deserved: Octo Octa's brilliant album isn't just a celebration of the body, but of a community. An unqualified joy: probably the most celebratory thing in this top 20.