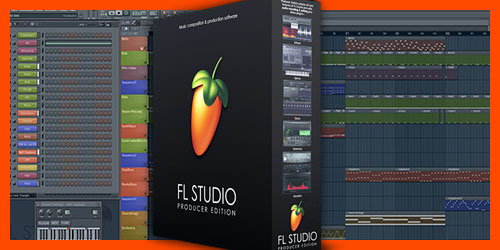 There's a knob-twiddler on YouTube who's been posting FruityLoops version of New Order songs.

"Knob-twiddler" is not a technical term, but instead is a nickname for people who like to experiment making electronic music. "FruityLoops" is indeed a proper term, in fact it's music-making software that's enjoyed something of a renaissance thanks to its users including Avicii, Basshunter and Timmy Mallett.

I lied about Timmy Mallett.

The YouTube user is called Mkaymufc and they are a New Order nut. Because they are using presets and some pretty basic plug-ins, their instrumental YouTube covers of Bernard & chums are not as well produced as the originals. That's like comparing a crayon drawing of a warthog stuck to your bathroom cabinet to a real warthog furiously trying to mate with your bathroom sink's overflow pipehole. You'll never get it in, Porkles. YOU'LL NEVER GET IT IN.

However, what is delightful is what Mkaymufc does with their limitations: there are some pretty detailed covers here, full of heart. There's something so comforting about a Midi-quality bass drum in a era of over-production. And like a cat following a laser along a carpet, you can watch it play along from start to finish in FruityLoops (now called FL Studio).

Sometimes it doesn't work: Electronic's Soviet doesn't come across well. But I loved Some Distant Memory (that Oboe's so cute!). New Order's Bizarre Love Triangle is brilliant, as is their take on Orbital's Kein Trink Wasser. It was an Orbital tweet that brought these videos to my attention. Sometimes the drawing is as enchanting as the real thing.