Drifting off (a) on my sofa, or (b) to see Underworld – delete as appropriate 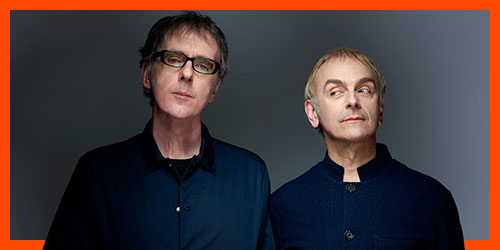 Yesterday started off normal. A couple of hours on work emails, paid off a boiler repair, noshed on an overcooked pub fry-up, tootled around erranding a few errands, and finally a bus ride home during which I decided to have a nice night in.

After all, I'm getting on a bit, and I sprained my foot slipping on ice at the weekend, and I was feeling a lot better but definitely needed an evening at home in front of a warm radiator and a nice cold Netflix.

Back home in Manchester for Warehouse Project tonight - We got lasers!


What? Underworld in Manchester? Why did my butler not tell me about this? I got off the bus. I bought a ticket on my phone. Three hours later, this happened.

I didn't even know they were playing in Manchester tonight. A nice last-minute surprise.

A few days ago, I was laid up with a swollen foot the size of a small Bavarian hamlet. And here I was at the front of an Underworld gig, dancing like an electrocuted narwhal, exchanging hugs and high-fives with absolute strangers.

And what strangers! Hello in particular to the soft-faced woman who was heavily into the Drift series, the pensioner asking for drugs who turned out to be in his 30s, and the Biffy Clyro wannabe who punched his way to the front rail only to have the tallest man in the universe tell him to fudge off loudly until he actually fudged off.

And to think I had planned to spend the evening spilling over the sides of my sofa shoving blocks of lard into my dribbling mouth while skipping through Adam Sandler films looking for the jokes. Fast-forward all you want, Fats, you'll never find them.

Thanks, Underworld, for an unexpected night out. I once blogged in the style of Underworld and compared Underworld to toast. Tonight I became one with them, and I didn't even puke up my overcooked fry-up.

Further Fats: A low-denominator, low-rent scally by any other name would smell like sweets (2007)